The acts of the apostles

I recently came across a quote by Og Mandino that went:

“I have never heard anything about the resolutions of the apostles, but a good deal about their acts.”

It got me thinking why that might be apart from the obvious fact that there is a book in The Bible called the Acts of the Apostles rather than The Plans or Resolutions of the Apostles. So I thought the best way to find out was to read the book. 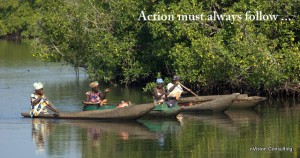 My conclusions, in no particular order, are that the apostles:

And the bottom line:

I’m sure there is more but it seems to me that in context Og Mandino was correct; all the new year resolutions and plans or strategies are worthless if we do not take action and implement them.

But if we take the injunction to act out of context we are likely to end up like headless chickens, following every whim or half opportunity that seems to present itself. That is why the GROW model is important as a whole. Having goals and options are necessary steps to the final stage – the agreed actions that come out of the way forward. And then comes the need to review our actions to ensure they were having the desired effect. Similarly we would benefit by having some vision to act as a compass for our action decisions to be based on.

My next blog, therefore, takes a slightly different approach and looks at the famous quote by Epictetus (who lived just after the time of the acts of the apostles but would have been familiar with them) –

“First say to yourself what you would be; and then do what you have to do.”

Yes, the Apostles are best know for their acts. They did, of course, wait for the power of God to enable them to do those acts, but I agree with Og Mandino that the same principles can be applied by all of us. After all the preparation, there comes a time to apply the Nike slogan and ‘just do it’.